Steep for at least 5 minutes in boiling water.
Unlike tea, rooibos never grows bitter from steeping. Steep as long as you like. 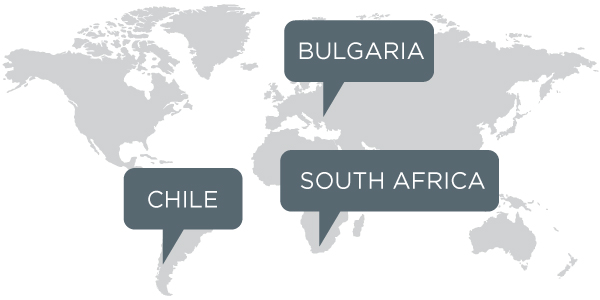 ORIGIN: Rooibos from South Africa, berries from Bulgaria and rosehips from Chile

Afrikaans for “red bush,” rooibos comes from the plant Aspalathus Linearis, which grows only in the Cedarberg area of the Western Cape province of South Africa. Rooibos has been consumed by Bushmen as an herbal remedy for centuries, but rooibos as we know it is a relatively recent invention. Techniques for producing Keemun black tea were imported from China and applied to rooibos in the early 20th century. A difficult plant to grow, cultivation techniques for Aspalathus Linearis weren’t mastered until the 1930s.

Starting in the mid-20th century, rooibos consumption became very widespread in South Africa, spurred in part by beliefs that it can help with colic in babies. Generally consumed with milk and sugar in South Africa, rooibos has rapidly attained popularity in Europe and North America over the past decade or two, where it is often drunk without any additions.

Rooibos is an Afrikaans word, meaning ‘red bush’. Rooibos tea, or bush tea, only grows in the ‘Cedarberg’ area (Afrikaans for Cedar Mountain), a very small part of the Western Cape Province of South Africa. This yellow flowered plant produces green needle-shaped leaves that are harvested in summer. The oxidation process transforms the green needle-shaped leaves into distinctive reddish-brown needles, giving it its name. The Rooibos needles are then processed in a similar way regular tea leaves are being processed. Rooibos is Antioxidants rich and contains no caffeine and tannins which can cause bitterness.

Tea Forté African Solstice also contains Elderberries and blueberries, which add a fruity depth to this Rooibos tea and are also rich in antioxidants.

Ruby red rosehips add an enticing balance of tart and sweet and are also rich in vitamin C, one of the safest and most effective immune-supporting nutrients.

You can find out more about which cookies we are using or switch them off in settings.

This website uses cookies so that we can provide you with the best user experience possible. Cookie information is stored in your browser and performs functions such as recognising you when you return to our website and helping our team to understand which sections of the website you find most interesting and useful.

Strictly Necessary Cookie should be enabled at all times so that we can save your preferences for cookie settings.

If you disable this cookie, we will not be able to save your preferences. This means that every time you visit this website you will need to enable or disable cookies again.